That is the sound you will hear when you enter a Kendo dojo, the loud and seemingly violent screams or kiai. You will also hear the sounds of shinai or bamboo swords clashing against each other or thumping on the armor of practitioners. Even the stomp, or fumikomi, of feet as combatants lunge at each other in combat can be heard during training. Kendo is indeed one of the noisiest martial arts you can find. As a parent, you may want to ask yourself, “Do I really want to enroll my child in this class?”

Our answer is a resounding “YES!”

Here are the reasons why you should consider Kendo as a summer activity for your kids, and for them to maybe continue even beyond the vacation time.

Kendo is a martial art. Won’t that encourage my child to be violent? 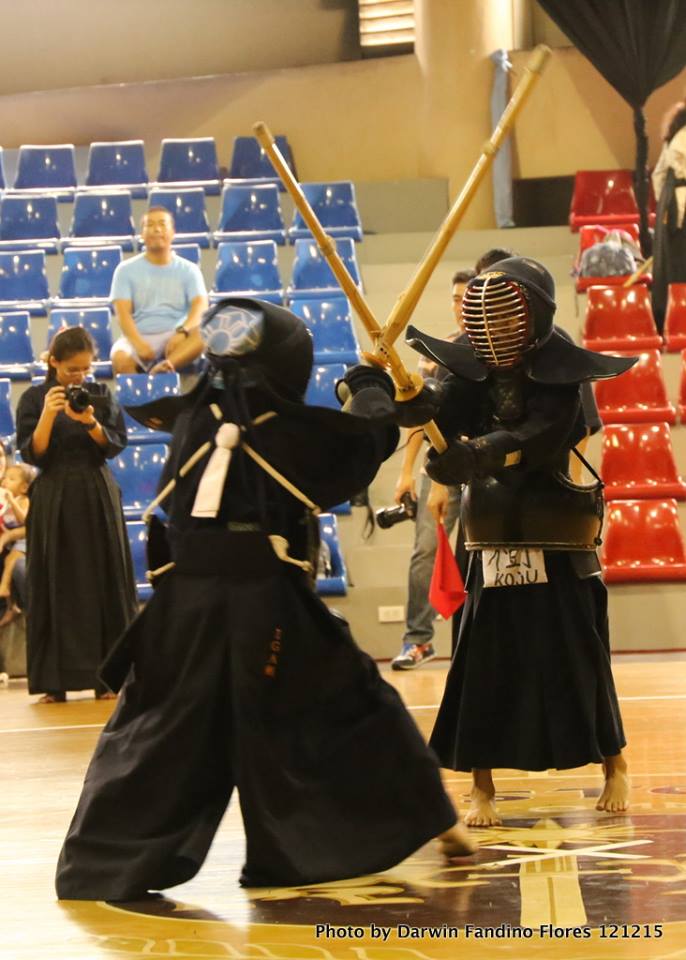 Kids’ Event during the IGA Ken Christmas Shiai in 2015

One of the biggest myths of martial art training is that it encourages the students to be violent. This is perpetuated by popular movies and schools where the teachers are not very experienced or qualified. On the contrary, martial artists in general are a very peaceful group of people. Rather than promoting violence, martial arts training instill in the student an appreciation of the results of fighting. So fighting becomes a measure of last resort, rather than the first. 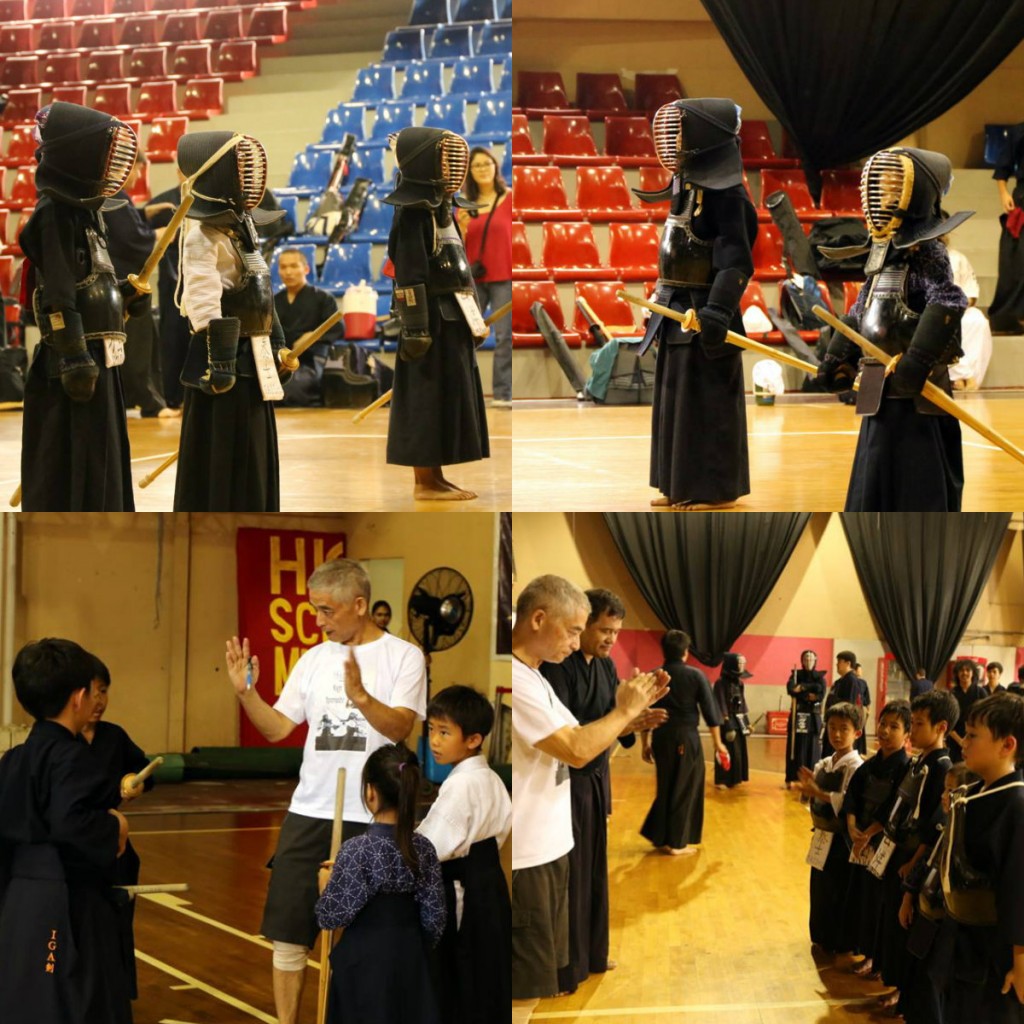 Kendo is also one of the safest martial arts there is. Students do not even spar until they achieve a certain level of proficiency in executing the basic moves of the art. Sparring is conducted with shinai (bamboo swords), which are purposely constructed to dissipate the force of blows, and bogu (armor), which protects against the hits of a shinai. Major injuries in Kendo are rare and these usually result from poor equipment maintenance or a lack of preparedness for the day’s training. These are things that we make sure do not happen in our Club.

Finally, Kendo falls under the classification of budo, or the group of Japanese martial arts where the goal of training is not necessarily how to fight, but to improve one’s character. As the Concept of Kendo formulated by the All Japan Kendo Federation states:

“The concept of Kendo is to discipline the human character through the application of the principles of the Katana (sword).”

So in Kendo, you learn to fight not for the sake of fighting itself, but to try to make yourself become a better person.

If the above details is not yet enough to convince you how Kendo is good for the young ones, here are a myriad of positive benefits your child can get from training:

So why should I choose IGA Kendo Club over others?

Choosing a place to practice is not a simple decision. Many factors come into play, and sometimes it does take time to fit well into a group. We believe though that our Club is a good place for children to be introduced to Kendo. 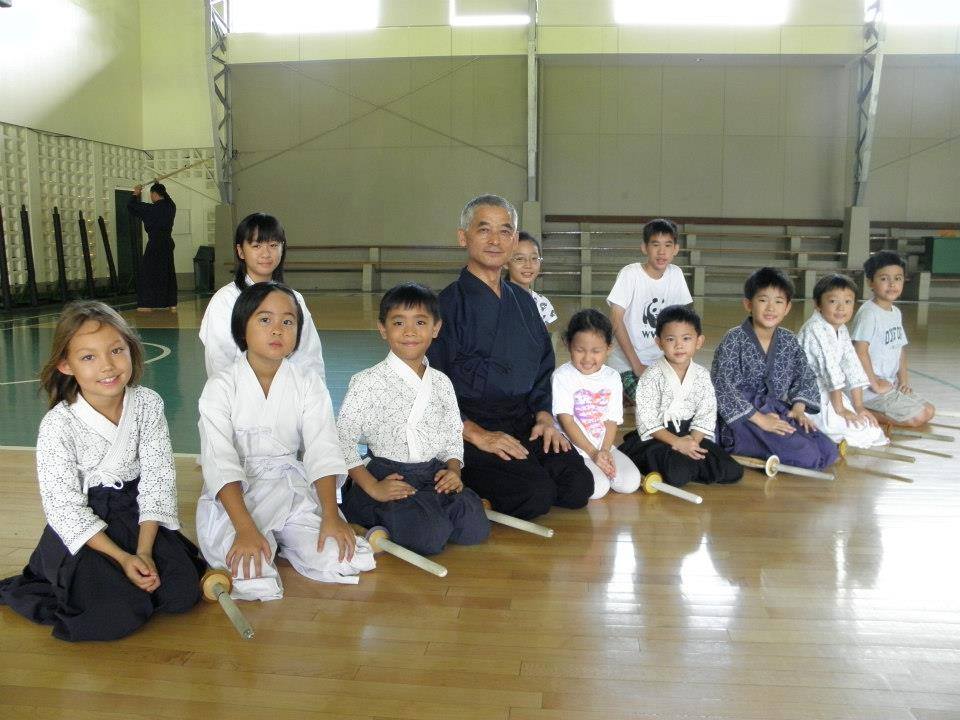 Young kendokas at the Dasma Village Dojo in 2012

First factor is our history and experience in teaching children.

The very first dojo of IGA Ken (the Herald Kendo Club) was actually exclusively for children. When our head Sensei, Mr. Igarashi Koji, came to the Philippines, he wondered why the other clubs here did not teach children. So he took it upon himself to create a place where children can be taught Kendo. And this dojo has been doing that ever since, even when it was moved to Dasma Village (and renamed to the Dasma Village Dojo), and even when adults were accepted into the class. The kids will always have a place in the Club.

Second factor is our membership in general. They say it takes a village to raise a child. For a child taking Kendo, it takes a dojo. 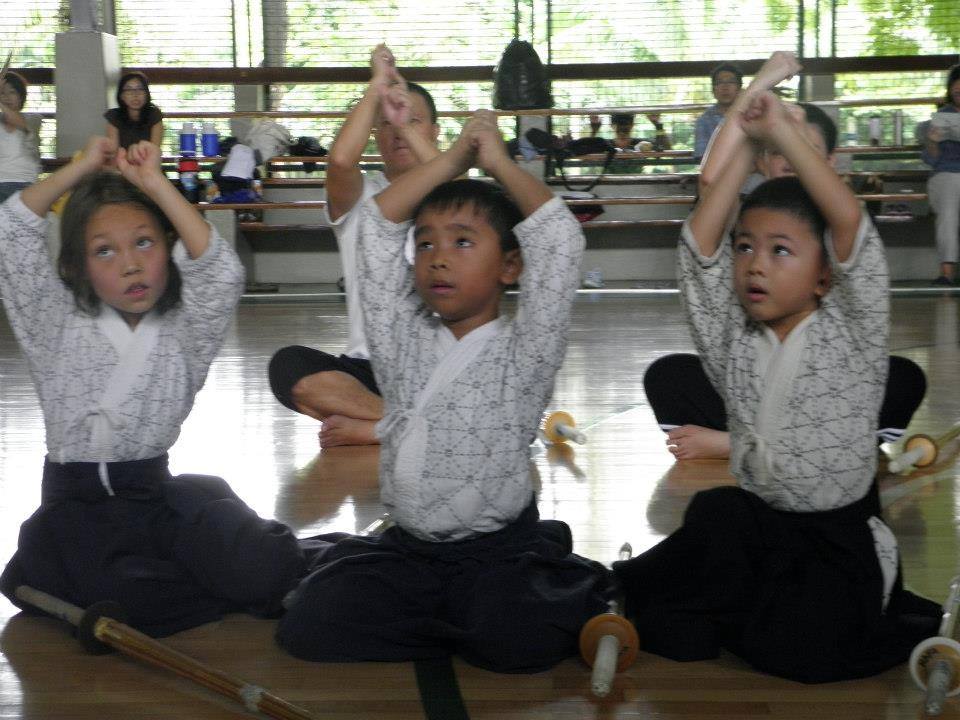 From the head Sensei, to the seniors, to the parents of the other children in the class, all the adults in the Club are genuinely supportive of the kids who join. It takes patience and a firm hand to guide children, which the Club members have in spades. We really care for the kids who are placed under our care, and look forward to helping learn Kendo and through it help them learn more about themselves. But we also don’t forget that kids should have fun doing Kendo, which we try our best to do too. In fact, that is the Club Motto: “Enjoy Kendo!” 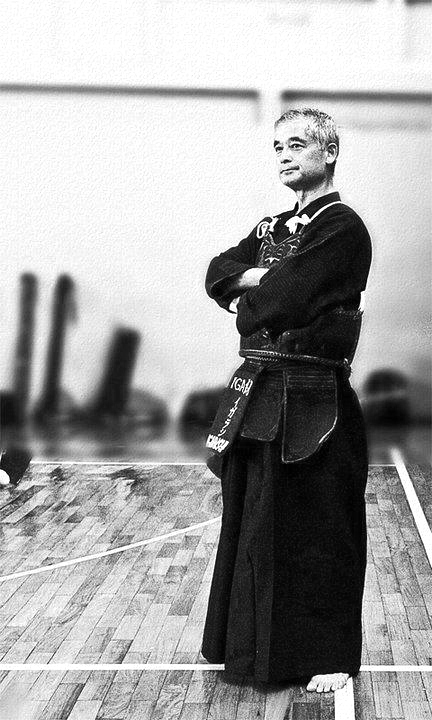 A 5th Dan kendoka born in Tokyo, Japan, he has been a kendo practitioner since he was 13 years old under the tutelage of Suzuku Ikuo-sensei (8th Dan) at Chushinkan Dojo. Upon reaching the level to teach Kendo, he was heavily involved in teaching elementary and high school students in Japan. However, he always dreamed of creating his own dojo and teaching the way of the sword outside his homeland. A job opportunity came where he was sent to the Philippines for business trips. He heard that there was a kendo club in the country and started practicing there. However, when he had the chance to live in the Philippines (Makati City), he decided to start a small kendo club for kids which was called the Herald Kendo Club. Here is an excerpt of what was written about him and his teaching methods:

“Martial arts, like all sports, act as platform for child-parent relationships. They have something to talk about apart from the usual banter that goes on between them. It also teaches children how to handle conflict inside themselves, as well as conflict they may face outside of the home. Most of all, it teaches a child other ways to express himself other than through violence. Kendo molds the mind, heart and body while cultivating a strong spirit. Despite having a sports-like atmosphere, Kendo remains steeped in tradition kept active and alive by associations, groups and people like Koji Igarashi who will carry it far into the future.”

Finally, we always encourage everyone to come see what Kendo training in our club looks like. For interested parents, you are very much welcome to drop by at our City Club Dojo where we’ll be offering the summer classes starting this April. If you like what you see, then go ahead and sign up your child for it! 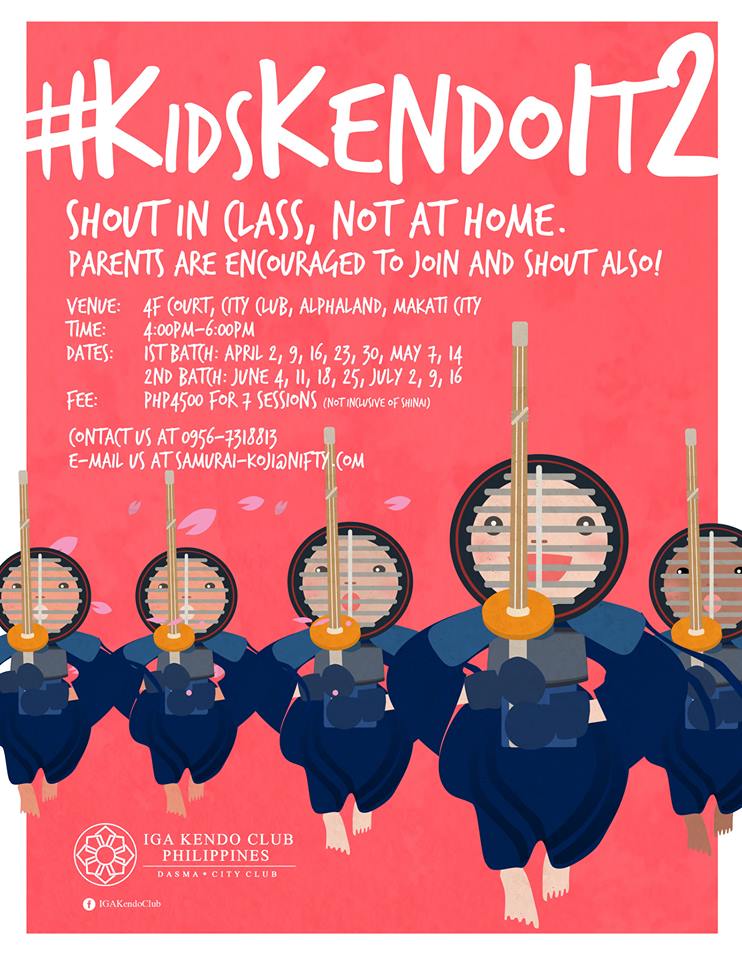 Looking forward to seeing you and your child in our dojo!

One thought on “#KidsKendoIt: Why Kendo is Good For Your Child”