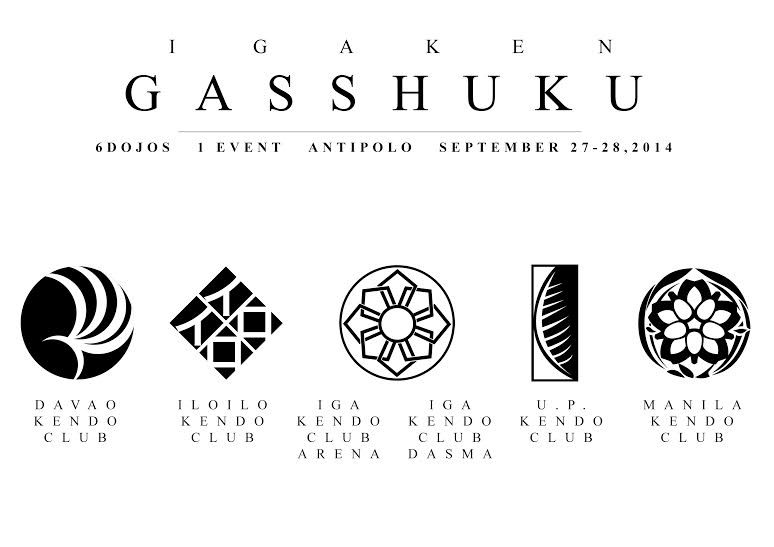 We are barely a week away from the 4th Annual Gasshuku of the IGA Kendo Club, and we are very excited about this one. Not only is it the biggest in terms of individual participation (with over a 106 registered participants), but it is also the biggest in terms of dojo participation. This year the representatives from the three IGA Ken Dojo (Arena, Dasma and UP Ken) will be joined by members of the Manila Kendo Club, the Iloilo Kendo Club, and the Davao Kendo Club. Though the bulk of the participants will be coming from IGA Ken, it will be exciting to meet and train with the delegates from the other clubs.

The Gasshuku Through the Years

The IGA Ken Gasshuku started back in 2011 on the idea the club should have an activity where the members would be challenged beyond what they experience in normal training. It should also serve as a bonding activity, connecting the members of the different dojo of IGA Ken. The first was held in Tagaytay, and we have been holding it yearly ever since.

This year the thrust of the club is to strengthen the bonds between us and the other clubs in the Philippines. Thus we had our renewed commitment with MKC to being a part of the Godo Keiko Kai practice group with them, and co-organizing the Black Saturday Shiai.  We also had the chance to visit Iloilo Ken earlier this year. In the spirit of these projects, the thought of opening what was once just a club Gasshuku to others took shape.

This year promises a grueling regimen, as Igarashi-Sensei has laid down the challenge to his students to complete 2000 suburi. The event will culminate in a series of shiai, capped with godo-keiko between all participants.

So this coming September 27-28, representatives from the six major Kendo dojo in the Philippines will meet in the St. Marie Eugenie Sports Complex of Assumption Antipolo for a weekend of hard training, new friendships, and good times. Looking forward to seeing all of you participants there.