The 4th IGA Ken Gasshuku was such a memorable event for the participants that many of them have spontaneously written about their experiences and thoughts about it. This is the fifth of a series of articles showcasing these reflections.
Today we feature two reflections coming from Annabs and Peachie. Both were former members of other clubs, before deciding to join IGA Ken. They are now practicing in the Arena Dojo, and have found a new Kendo home there. And we are happy that they did.

KENDO CHRONICLES: OF FALLING DOWN

The first time I went down, my first thought was: I knew it. This was all I can do. This is how far my Kendo can go. Flat on my back on the floor in under 20 seconds. I should’ve stayed in my mind’s Okinawa.

I kept thinking I should put up my sword, in case he tries to hit my Men, recalling a video I watched ages ago of a kendoka holding up his shinai to block when he fell down during a match. I thought it looked heroic. And I wanted to at least look heroic. Even when what I really was was panicked, embarrassed, and disappointed.

As I was getting back up, I was still locked in a fierce debate with myself: Should I try to act cool and pretend I slipped, and it was just pure coincidence that I dropped to the floor, hit my head, and banged my right shin at the same time that my opponent body slammed me? Coincidences happen, right?

But before I can even begin to act all cool, I was back on my feet again, shinai pointed at him, and screaming my kiai and larynx out. Not even a minute has passed and I was back on the floor again.

This time, my first thought was: What the fuck is going on? Are you fucking kidding me right now? Again? Was that the sound of my skull on hardwood floor?

My second thought was: I did all the things I never thought I could do in this Gasshuku – 2000 suburis, party like its a keiko party, and (miracle of miracles) wake up early. I should get back up again, work hard, and promise myself that the next time we meet at shiai, it won’t be me on the floor waiting for amnesia to set in.

____________
Before the amnesia sets in, to Pao of MKC who was my roomie and bogu buddy (*massif fist bump*), everyone I met from the different dojos, to all the senseis who are mind-blowingly generous with their knowledge, to all the sempais that gave advice and encouragement (Dardsie-, Raffy-, April-, and Peachie-senpai), to Neil-senpai for a slamming shiai, and all IGAKEN members who are on the same Kendo journey, my sincerest apir and thank you.

Read the original: Kendo Chronicles: Of Falling Down ~ Annabs of Suburbia 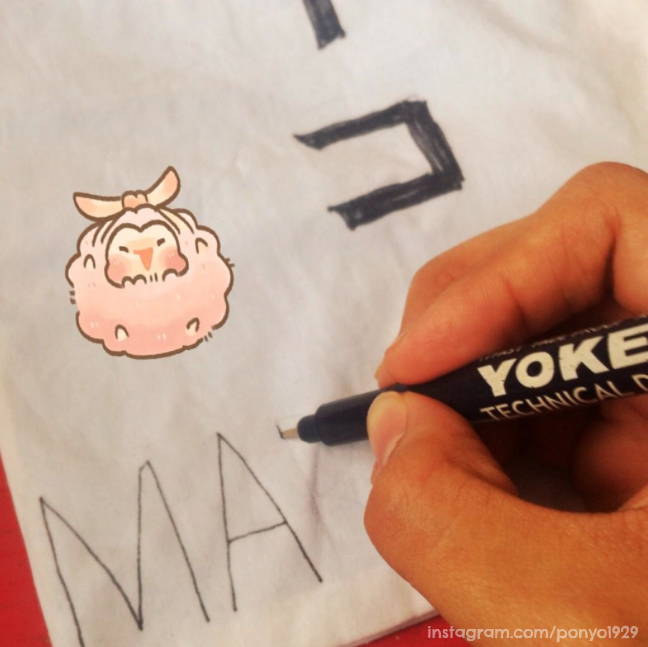 The weekend was all about the kendo gasshuku – my very first one, in fact. I was quite anxious the whole week prior to it because I was going to retake my bogu evaluation after having just joined the club on the second quarter of this year. I had to restart from the beginning, unlearn some habits, and learn new things. And then, I admit, I was also anxious because there were going to be lots of people. Lots and lots of people. And people close to me know how I fare when there are People, especially Many People. 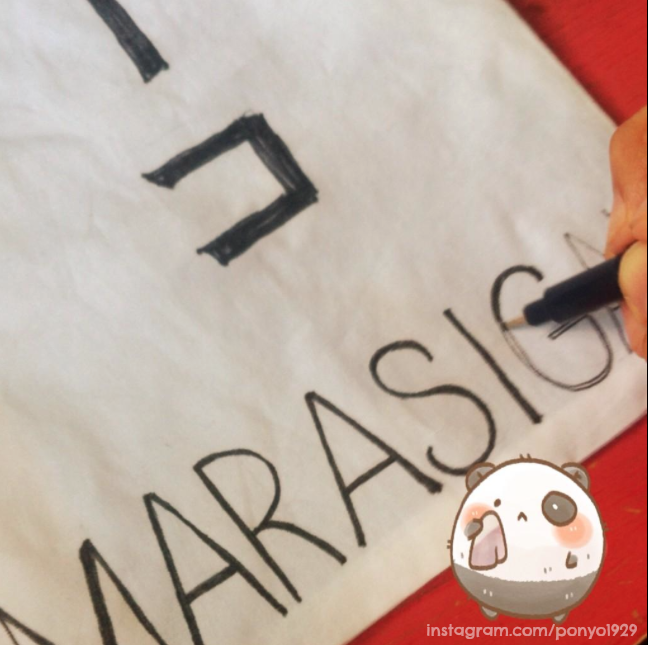 Mico was also going to take his bogu evaluation. There were also shiai for various groups. Mico and I were teammates under a team captain I admire and look up to in kendo. Of course I was both nervous and excited about the shiai, but it was really the bogu evaluation which took up pretty much of my mind (^^U) and took away my appetite :)))))))) 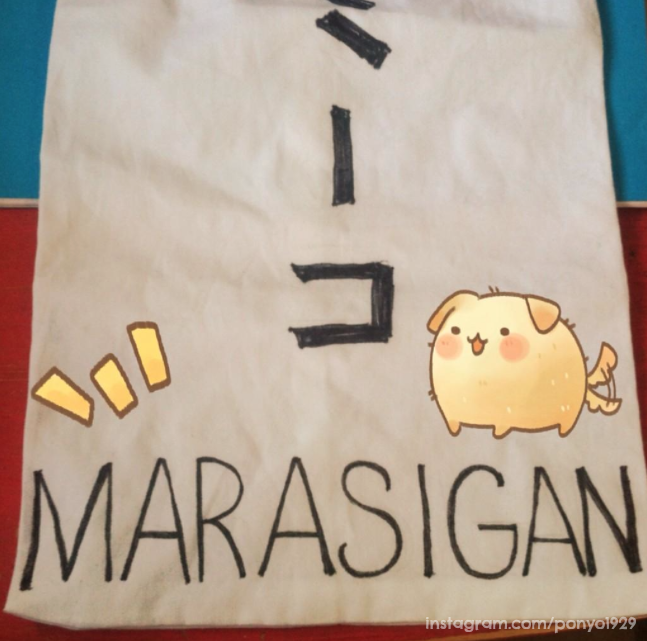 As it turned out though, I did not mind the many-people so much. I still felt exhausted but not drained. I also had small pockets of time alone or with Mico, particularly when we were all checked in at the hotel. I also had nice room mates, and generally most of the the people present for most of the event were pleasant people, and many, so many of them, were supportive and encouraging. 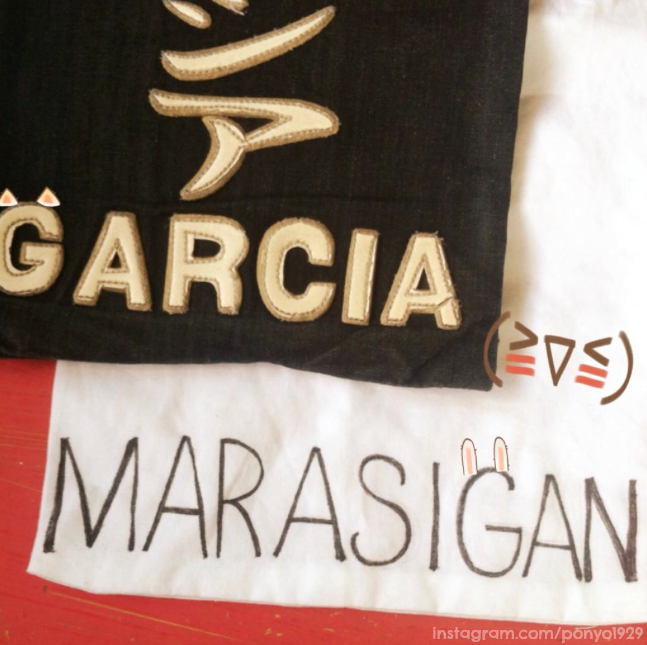 We all had to take the evaluation three times – the first one was a trial, then twice again for us to work on our problems with footwork or handling the shinai or raising our kiai or maintaining our energy level, among other things. We were all quite anxious and at various points felt resigned, only to be fired up again at the thought of actually passing it. As for me, I miss practising in my bogu; I have stopped wearing my bogu in March, when I took a leave from kendo and made decisions regarding my kendo journey. The following month, I joined Igaken where I restarted from the beginning, which I also appreciate and, looking back, helped me reset and experience kendo in a different way and learn its lessons in a more cheerful and friendly environment. Anyway, since then, I only wore my bogu on a few occasions when we had practice-shiai. Otherwise, I spent the past half-year relearning the basics and correcting old mistakes and habits. 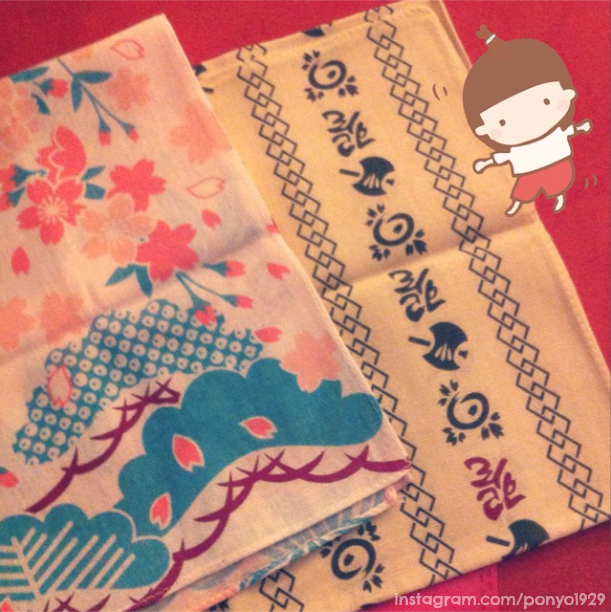 Mico is also quite eager to pass the evaluation and to learn kendo in bogu. Before the gasshuku I wrote on his zekken which he would use in the gasshuku shiai and on his bogu when he finally gets it. I used my old zekken with some alterations. It was nice to see our zekken together and we were hoping and wishing that we do make it in the evaluation. When we went to the Sunday market last week, we even found really pretty tenugui of various designs, and he got one for me and himself. We used them during the gasshuku shiai (^___^) during which we both had one win each from our matches 🙂 I was placed in the bogu-level matches even though I was still technically not in the bogu class just so we could complete the number of players for each category, and I really enjoyed all my matches (^___^) 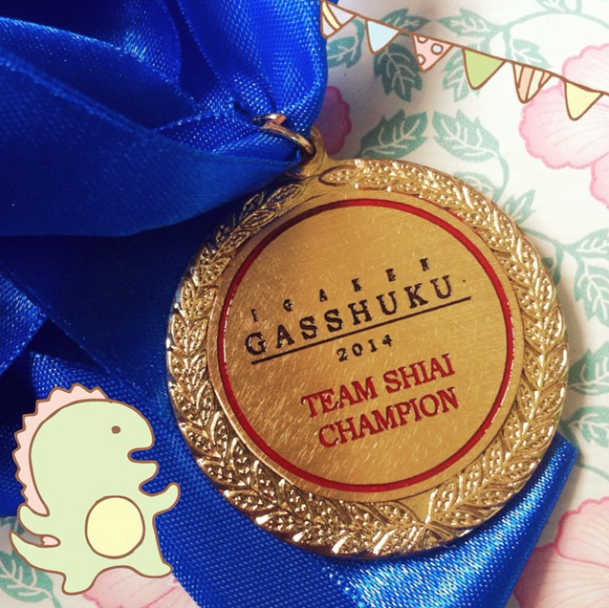 In the end our team won, and became champion for the team shiai (^________^) I was actually fired up because even if I only just met some of my team mates, I was inspired by how they all did so well 🙂
As for the bogu evaluation, we all passed :’) After 2000 suburi on the first day, three takes of the exam (3.5 for me because I had to re-do my uchi komi D:), and inexplicable levels of anxiety, we made it finally 😀 When we turned around  to face everyone to say our thanks especially to all the senpai, it was such a nice, warm, happy feeling to see all the faces looking back at us with sincere and supportive smiles. Then they all flocked to us to give us hugs and express their happiness for us. Personally, this was a very very new and a very refreshing experience for me in the context of kendo. I have never felt so much support and sincerity from so many people in a club. People did not just come to us for the obligatory congratulations and to give empty or even inappropriate comments; you can really see on their faces that they were thrilled for us and happy for us just as we were thrilled and happy for ourselves. Many of the senpai also cheered us on, and it was very heartwarming and new for me to have a lot of senpai around me who were all very eager to teach us and help us move forward. In fact, it helped me a lot to push on because of the many supportive senpai who really showed they wanted us to pass and patiently reminded us about what we needed to do and what we had to refrain from doing. It felt really warm and great to be around senpai who neither blamed nor bullied; of course no place or group is perfect, but I feel that when I took this path months ago, I picked the right one. I may have had my moments of doubt, and my stress about the bogu evaluation, and my occasions of feeling so hopelessly unskilled, but this time, I can see what I told myself before as one of the reasons I picked this path – that I think this is a better environment for me. Most, if not all people, are very competent instead of just crazy-competitive. My lack of skill is not taken against me personally. I am given space but I am not shunned. I am not discriminated against for my body size, my age, or my lack of charm. I am patiently corrected and lectured, not scolded based on a mood nor yelled at just because I am not popular or not capable of a charismatic laughter. Most people just really come to learn and improve their kendo, and not just to be better than others. Many people here actually inspire me without even knowing it. Here, despite my own disappointments about myself and my doubts about my capabilities, I have again experienced the happy kendo that I felt a few times before, but lost at some point for a very long time. Moving forward, I am sure I shall have occasions of doing badly, but I also know I will someday improve, given this right kind of environment.
Read the original post here: http://chokomochi.blogspot.com/2014/09/happy-kendo.html