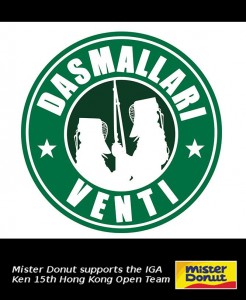 “they aren’t regular, they’re not just tall…they are venti.”

This is the 3Dan & Under Team C of IGA Ken. It is the first of only two non-Arena teams we are fielding, composed of members of our Dasma Dojo and UP Ken, which is why the name is a play on words of Dasma and Mallari (the name of the UP Ken member). Venti also alludes to the fact they are the tallest team being fielded by the club. They are eager to test their mettle against the rest of the teams in the competition. 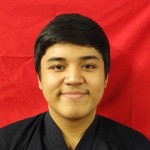 Age: 18Started Kendo: December 2013
Current Rank: 1-kyuOccupation: Student
Short Bio: Prince is a Mechanical Engineering student in UP Diliman. He loves to play video games especially RPG games. He also enjoys watching the science shows such as Mythbusters or any random show in Discovery Channel. And he likes pie… 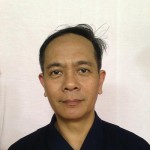 Age: 51
Started Kendo: June 2012
Current Rank: 1-kyu
Occupation: Personal Trainer & Musician
Short Bio: As someone just past middle age Johnny never expected to be able to pick up a new martial art. Kendo to him, though, is no ordinary martial art. It has afforded him insights into philosophical truths such as sen-no-sen as well as physical training. It also helps that he got into Kendo with such a wonderful group of people under the guidance of Igarashi-Sensei. It safe to say that he will continue to practice the art to the best of his ability, no matter what. And also because it’s just downright fun. 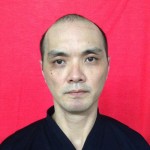 Age: 39
Started Kendo: June 2012
Current Rank: 1-kyu
Occupation: Businessman
Short Bio: One of the newer Kendoka in the club, he graduated Industrial Design from DLSU-CSB. He is currently involved in some fishy business…literally!

One thought on “Presenting DasMallari Venti!”